DDW helped Restless Action Drink position itself and set a context to the brand story.
The challenge was to differentiate the brand story from those of the competitors  & establish a frame of reference for the brand. DDW was involved from the positioning to the creative strategy and implementation of the creatives.

As Restless was already positioned as an Action Drink (and not an energy drink),
we decided to amplify the same. Open for Action became the brands mantra.
For the campaign, the insight that we worked on was that most of us have dreams, things we’ve always wanted to do but somehow never got around to doing it. And we also make excuses for not doing the same. We keep thinking of excuses and reasons for not doing the thing we really want to do.

It was time someone reminded us and told us to stop making lame excuses. Restless therefore would be that brand that encouraged people to stop thinking and start doing. 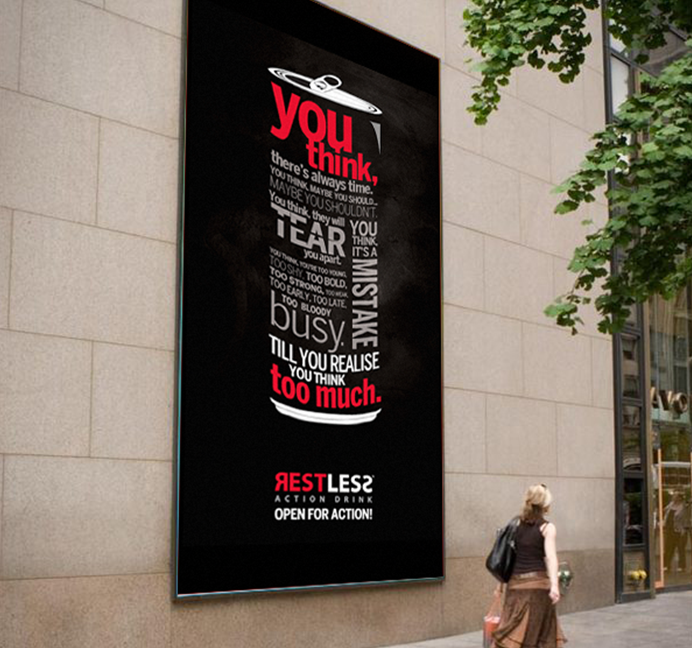